A final draft text released – we wait to see whether it will be accepted or opened up for further negotiation – the next 12 – 24 hours remain critical. No matter the outcome, our opportunities now lie at home. It will soon be up to us!

Minister Plibersek has arrived to begin high level negotiations. Also good to see Senators Pocock and Hansen-Young on ground at the conference. We briefed each on our key priorities and shared observations of negotiations. A few hard working days left for negotiators.

With high level negotiations underway, we hope the final Global Biodiversity Framework will:

The Ministers arrive tomorrow for the high level segment. Tensions mount as many elements still unresolved – critical on their agenda will be resource mobilisation, digitised genetic information and implementation – hopefully their brief will also include ambition!

Companies are increasingly realising that their dependencies on and impacts to nature matter. While strong signals point towards mandatory reporting in the future, whether required or not, businesses are already moving to understand what it means for them.

Our CEO, Dr Jody Gunn, is on the ground in Montreal. Here are some of her reflections from the last few days.

The COP15 Opening Ceremony has just concluded, with all speakers recognising our reliance upon nature and our shared responsibility to protect it.

What does all this mean? As we move from the opening ceremony to the main stage for negotiations, governments from around the world must keep their eyes on the ultimate mission – to set a north star of halting and reversing nature loss for a nature positive world, and ensuring an ambitious and measurable framework that addresses the scale and urgency of the biodiversity loss we are facing.

In December 2022, all eyes are on Montreal as world leaders gather at the United Nations Biodiversity Conference COP15 to agree on plans to halt and reverse biodiversity loss. The outcome of COP15 will be the post-2020 global biodiversity framework (post-2020 GBF) – an internationally agreed set of targets addressing a range of environmental challenges.

Reaching agreement is a significant hurdle, and there remain many issues to be resolved. The devil is in the detail, with exact wording heavily scrutinised and contested. This once-in-a-decade opportunity comes at a time when nature is in crisis and ambitious leadership and policy action are critical.

Our CEO, Dr Jody Gunn, will be attending COP15 alongside representatives from across the Australian environment sector, Aboriginal and Torres Strait Islander organisations, and Australian businesses. A strong Australian presence at the meetings will highlight the significance of this moment and the critical response that our natural environment demands.

The Australian Government Delegation participates in the Working Group meetings where it will negotiate for targets that will support delivery of its recent commitments such as the national 30×30 target and zero new extinctions. We anticipate ministerial representation at the high level meetings towards the end of COP15.

Our attendance builds on our consistent engagement with the federal government and more broadly in the lead-up to COP15.

In October 2021, our CEO joined the global stage at the NGO Forum held in Kunming, China, to present our voluntary Commitment on Biodiversity Conservation.

Our declaration, Recover, Restore, Redouble: the Australian Private Land Conservation Declaration to the UN Biodiversity Conference (COP 15), was finalised following engagement at PLC2022. This declaration calls upon governments of the world – including the Australian Government – to adopt a range of more ambitious targets to urgently restore the world’s biodiversity. 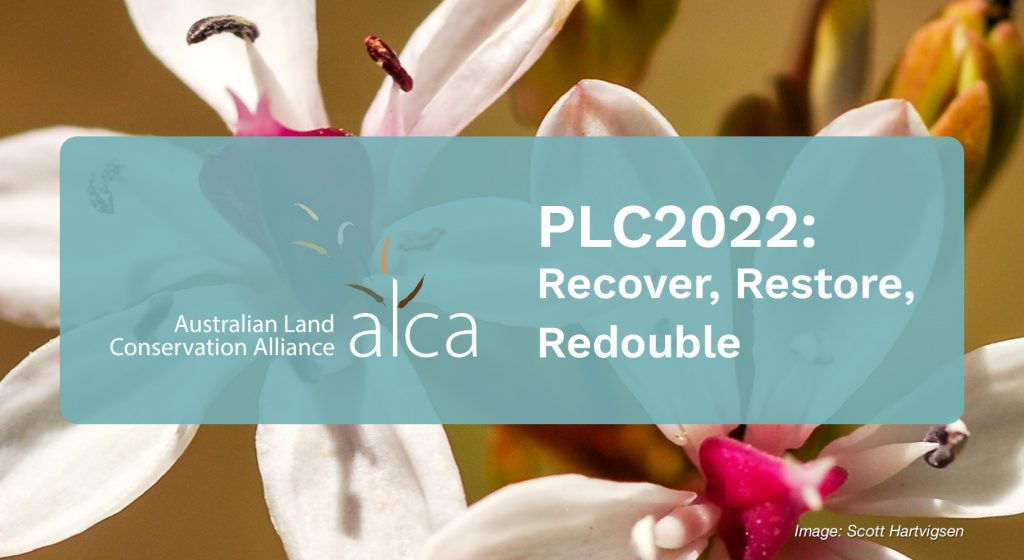 We have also made 3 submissions to the drafting of the global framework:

COP15 takes place just a few weeks after the United Nations Climate Change Conference COP27 in Egypt. While there is greater public awareness of the Climate Change Conference than the Biodiversity Conference, the two issues of climate and nature are closely linked. Delivery of better outcomes for nature contributes to climate change mitigation, and full delivery of the Paris Agreement is needed to achieve a nature positive world – a world where nature is visibly and measurably on the path of recovery.

A brief history of the Convention on Biological Diversity

1992: Convention on Biological Diversity (CBD) (and Convention on Climate Change) come into effect. The CBD has 3 main objectives:

2022: In the 3 decades since the convention was agreed, the international community has not fully met any of the targets set.

Convention on Biological Diversity: the international legal instrument for the conservation and sustainable use of biodiversity

COP: Convention of Parties, consisting of all the governments that have ratified the convention. The COP is the convention’s ultimate authority, and it is supported by several bodies providing technical guidance and secretariat duties and information exchange.

UN Biodiversity Conference: a conference that convenes governments from around the world to agree to a new set of goals for nature over the next decade through the post-2020 GBF and looks at the implementation of the protocols of the Convention on Biological Diversity.